Making sense of war and trauma through poetry 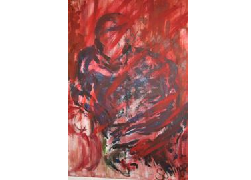 I covered violent conflicts as a producer for the BBC for ten years from 2000. My most challenging role was acting as the bureau chief in Baghdad between 2004 and 2009. My times in charge coincided with many of the key developments in the Iraq conflict: the bombing of the Askari Shrine in Samarra; the trial of Saddam Hussein; elections, clampdowns and large-scale slaughter.

While in Baghdad, I would work sixteen-hour days, and would often be woken in the middle of the night by a call from London. This was for thirty days at a time, without days off; I did ten of these tours of duty. During one of my stints I heard (and counted) more than a hundred explosions, many close enough to rattle windows or bring down dust from the ceiling. I visited the scene of many of these attacks and saw the immediate aftermath.

In May 2008 a rocket fired by Shia militiamen fell short of the Green Zone, and hit our office in Central Baghdad. By a miracle, no one was physically hurt in that attack. But it proved to be a step too far for me, and I developed PTSD, which was diagnosed in 2010. I had therapy and began to tap into my sub-conscious. For the first time in my life I began to really listen to hidden layers of my psyche. And from that came poetry. As the poet C Day Lewis explained, "we wrote in order to understand, not in order to be understood."

Scratching was an attempt to describe the three years of psychological therapy I have undergone for Post Traumatic Stress Disorder:

My leg itches at night.

My fingers sprout nails
To probe beneath

Down to lower layers,
Down and down,

Scraping away
Decades of cuticled

My fingers scrape away,
Digging for the baby.

Initially the poems were literal representations of the seemingly incessant nightmares and flashbacks I was experiencing. These flashbacks were sometimes visual, and screams would also often feature. But the strongest element was smell. The stench of a bombing — part burning rubber, part urine, part rubbish dump — is something that will live with me forever.

On the part of the Central Line that runs over ground
The rain pummelled the train trundling through the suburbs.
Wet commuters steamed steadily, misting carriage windows
And obscuring with greyness the greyness outside.
Then a mischievous passenger pulled her sleeve up

Into her palm, and swiped away at the droplets condensed
On the inside of the door in an extravagant swirl.
Once again a snatch of Middlesex scenery appeared through
A strange prism, and my stomach, lurching with the train,
Recognised the line of her sweeping arm's contact with the glass:

It was outlining the course of the Tigris through Baghdad,
Perfect but for a slight tilt to the west at the top.
The map was exact: there was the Green Zone, the bureau
On the far bank, and that exaggerated westward bite enclosing
Karada-In; over there was Sadr City, and there Sadriya...

Sadriya where, in the market-place, bombers had slaughtered
A hundred and fifty people.
Now I hear them scream.
Now I smell them burn.

Poems inspired by the horrors of war are nothing new, of course. Walt Whitman wrote to help exorcise his demons from the American Civil War, and Wilfred Owen and Siegfried Sassoon were largely responsible for creating the image of WW1 in the British collective consciousness.

Comparing myself to those great artists would be absurd. But I think I share with them a need to process overwhelming experiences, first for myself, and then for an audience. War is not easily understood, and the hardest (but psychologically most important) place to start is understanding one's own reactions to it. Poetry is an ideal medium for this: ambiguous yet exact; intense and deep, yet short. So writing became a way for me to converse with my sub conscious. And my writing changed: rather than direct descriptions of feelings and events, I started to make use of analogies and extended comparisons. And this enabled me to dig deeper.

As my therapy progressed I came to realise that PTSD would stay with me forever; I might be able to make it behave itself, but I would never be rid of it entirely.

A Lion Lives with Me

Normally he sleeps,
Under my desk,
Or in the wardrobe,
Or under the kitchen table.

There are times when
I hear him snoring, purring,
Or flicking his tail,
Just to remind me he's there.

When he's awake,
He's very easily distracted
With music or films
Or a really good book.

There are times when
He behaves like a Tom Cat,
Pissing on the beds
And howling all night;

He keeps me awake then,
Making me notice him,
Making me show him
The respect due to a lion.

And sometimes he becomes
A slavering Man-eater,
Who has to be faced-down
With a chair and whip.

He's quite a smelly
Old lion, and I often wish
That I could get rid of him;
But he's mine for life.

With this realisation came another one: I had to accept that my career as a BBC field producer was over. I had to tell myself this in verse, and it's something I still haven't fully accepted.

This is a District Line service to Upminster.
I stand aside to let a woman off the train
And a man pushes in front of me
And takes her seat.

Stand clear of the closing doors.
I stand holding on to the upright pole
Watching the roof of the Piccadilly Line
Train running alongside.

Please move down inside the carriage.
The Piccadilly passengers read their papers,
Crushed together just like us,
Running parallel, relatively motionless.

The next station is Sloane Square.
I jolt along, noticing the two attractive
Women in the carriage, but not
Making eye contact.

This is a Lake District Line service to Blencathra.
My mind has wandered along mountain paths
Away from the metropolitan cramp
Towards freedom and space.

The next station is Victoria Falls.
But I've left behind excitement
And had the last of my work adrenaline.
This is my reality.

The next station is Sierra Leone Square.
But I'm not getting off there,
I'm going to the end of this line,
Solidly packed in with the rest.

My therapy revealed to me that my experiences in Baghdad — and subsequently — resonated destructively with childhood traumas, particularly an enforced stay in hospital as a baby (at the time, parents were not allowed to stay with their children in hospital).

My exploration of this is continuing, and I still have difficult periods, particularly as I now have a baby daughter. But articulating these reactions takes some of the sting from them.

Gurgling in high-chair,
Bashing a plastic spoon,
She displays her two teeth
When she laughs.

She tries out sounds
To see what they can do,
Learning the ancient spell
That turns noise to language.

Then, perfectly pitched
To white light,
She experiments
With a scream.

Part of my innermost ear
Which, lying deep,
Wants only to die,
Is kicked brutally alive.

Now, it's hot, now
Dust mingles in the air
With the urine-petrol taste
Of bomb in my throat.

Bouncing round my skull,
Pain brings me back,
Blinking I return
To the baby chuckling,

Biting her spoon
And tugging at her bib,
Delighted with the power
Of her voice.

I've written eighty poems since 2010, and most now are inspired by nature, by art, or by love. But few are entirely untouched by trauma, war or therapy, because they are a medium for my sub-conscious to make itself heard. And it's helped me move on from what I was, to what I might yet be. High in the mountains of central Europe live Alpendohlen, or Alpine Choughs, a tough member of the crow family. Seeing them, and writing about them, taught me to feel joy again.

I stand on tortured twisted rocks
Two and a quarter miles above
The surface of the sea they were born in.

A cloud of ice crystals blasts my burning face.
I'm alone but for a happy flock of Alpine choughs;
Black as treacle, glossy as liquorice
They wheel and loop through the thin air,

Swirling round my head to make me dizzy,
Plunging from cliffs to make my heart skip.
But one of them stands with me

Yellow beak pointing defiantly into the Fern,
The wind that begs and bullies him to fly.
He fights the upward impulse stubbornly,
Perching on the edge of the world,

An arm's length away from me,
He walks to stay still, always blown backwards
Until finally he relents, and releases himself;

Just by stretching out his wings
He's pulled heavenwards instantly,
Riding every fluke, soaring in wildness,
Letting go, he embraces his thrilling element.

You can read a wider selection of Patrick Howse's poetry at his website.

The picture accompanying this article is a portrait of Patrick Howse, painted by Inge Schlaile.