In the News — Opposition 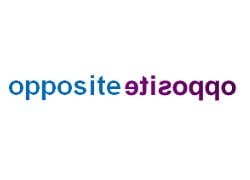 Oppositions seem to be fundamental to the way we think about the world around us. Left/right, black/white, hot/cold — we recognise these as opposites from a very young age, and few of us would argue that they represent binaries. Indeed, there is a linguistic name for these types of opposites — antonyms, pairs of words which share a relationship of opposition with each other.

We do not only find linguistic evidence of opposition in pairs of single words. Certain opposition frames — for example, it was X, not Y — allow us not only to express relationships of opposition between 'conventional' opposites such as night and day, but also between original, constructed opposites. In Language in Conflict workshops, much fun has been had getting pairs of participants to write down a noun each, then place these nouns into an opposition frame. This has led to constructed oppositions such as it was pavement, not love and he wanted anarchy, she wanted trams. Notice that however odd these oppositions might seem, we automatically seek to imagine some way in which they might be opposite — perhaps the first example is talking about something that was mundane rather than passion-inducing; perhaps the second example describes one person craving chaos and disorder, the second structure and stability?

Below are a few examples of opposition gathered from the Language in Conflict Twitter feed. Each highlights a different aspect of the possible (mis)uses of opposition. As you read through them, think about how the different examples demonstrate the power of opposition for shaping how we perceive the world.

Speakers and writers can make use of our understanding of opposition, and use it to create powerful rhetoric. Barack Obama, a politician well-known for his rhetorical abilities, makes frequent use of opposition structures in his public speaking. In her analysis of Obama's inaugural speech in 2013, Biljana Scott notes his use of not X but Y frames. For example, in his discussion of climate issues, Obama stresses that "America cannot resist this transition; we must lead it." Here, Obama marks a clear opposition between 'resist' and 'lead'. Note that this is not a conventional opposition; however, by placing resist and lead in an opposition frame, Obama is able to stress that the former is 'undesirable' or 'bad', and the latter 'desirable' or 'good'. The simplicity of this approach is underlined in his words on health policy, in which he states that the kind of reforms he wants to see "do not make us a nation of takers; they free us to take the risks that make this country great." Again, we see that one element is clearly negative ('a nation of takers'), and the other positive (being free to take risks). Here, opposition is being used not only to try to rally people onto one side of an argument, but also to depict the argument as a simple two-sided affair in the first place.

New oppositions can also be constructed by taking single words not usually seen as antonymous, and making them so. A recent article by Stephen Reid on nef notes how a lot of the debate about benefits cuts in the UK has centred on the notion of skivers and strivers: the former being those who work hard and help support the economy, the latter those who take advantage of apparently generous benefits, and who contribute nothing themselves. This creates a very simplistic picture of the population of an entire nation: each citizen is either one or the other (and again notice that one is 'good' and the other 'bad'). As Reid notes, use of skivers and strivers rhetoric by politicians and the media "divides people against each other and creates a scapegoat."

The news of Margaret Thatcher's death in April prompted much revisiting and analysis of her political career and beliefs. Appropriately, perhaps, for such a divisive figure, Thatcher made ample use of opposition in her political speech. For example, the former Conservative leader is famous for declaring that "There is no such thing as society." Less frequently noted is that this statement was one half of a constructed opposite, in which Thatcher went on to suggest that "There are individual men and women, and there are families." This second part of Thatcher's statement added emphasis to this take on citizenship: the very things (men, women, families) that many would suggest make up society were placed in opposition to the very idea of society, hammering home her point. Elsewhere, Thatcher's insistence that "I am not a consensus politician. I am a conviction politician" creates a powerful statement of her political character. By placing consensus and conviction in plain opposition, Thatcher suggested that her will was so great that other, possibly opposing, views were unnecessary!

These are just a few examples of how opposition is used in political and conflict situations. Have you come across other examples of opposition that make original oppositions, or that you think might be limiting or harmful? Share your ideas and thoughts in the comments section below.

To learn more about opposition, visit Equating and contrasting in the Linguistic Toolbox. Opposition is also the subject of Lesley Jeffries' article on How conflicts arise through language, and is also used as part of a critical discourse analysis in Matthew Evans's 'The Author and the Princess'.