Pre- and post-conflict perspectives of identity and culture in Uganda 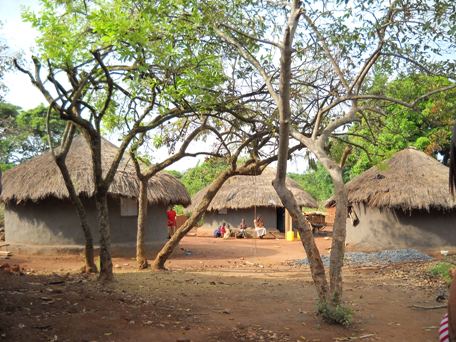 This article is an extract of a comparative study on Identity, Culture and Conflict in Refugee (Oruchinga Valley) and Returnee Communities (Gulu) in Uganda. The study is mainly qualitative in design, with quantitative data provided to show the amplitude of the issues that returnees struggle with. As an in-depth investigation into the 'returning home process', the study uses respondents' personal narratives to explain not just the behaviour or opinions of returnees but also their context within the transitory post-conflict period. The study employs mainly qualitative research methods drawn from a conceptual framework of Critical Narrative Analysis (CNA), a type of narrative analysis which study subjects' own stories. The returnees' personal narratives act as 'constructed texts' and raw research data from the field, while CNA helps us to understand the linguistic and cultural resources that the respondents draw from and how as individuals they 'construct' past events and actions into personal narratives in order to claim particular identities for themselves.

The locations selected for the study were Oruchinga Valley Camp, Western Uganda — the oldest refugee camp in Uganda and home to inter-country refugees from Democratic Republic of Congo, Sudan, Burundi, Kenya, Somalia and Rwanda, and Gulu, which was selected due to the outstanding character of the district and its status as the geographic centre of the armed conflict in Northern Uganda. Notable, Gulu had received internally displaced persons from a variety of places and had orchestrated the return 'home' of the earliest intra-country 'returnees'. In selecting these two sites for comparison, the study aimed to adopt a common systematic framework against which the common topic would be analyzed across different cultural and political affiliations.

The first part of the findings from the narratives deals with identity and culture: people's sense of identification, whether they are refugees or internally displaced persons. These details give an idea of how they feel in their surroundings. From the narratives of the refugees of Oruchinga, we observe that there are 20%) of people share a completely positive emotional link with their past identification of Rwanda. A pre-conflict perspective of peace and prosperity was painted by one narrator. Her memories of Rwanda were of:

"permanent houses, wealth, free land and permanent settlements, without disturbances but presently grabbed by the government sources. I envision now there is nowhere even to sit" (Narrator 6, Ngoya).

This narrator starts off her reminiscence on a note of positive peace. She then focuses on economic progress and access to natural resources in her homeland. Her sense of socio-economic well-being seems to be linked with structural establishment. From the beginning of the quote — where there is harmony, peace and prosperity — to the conflict and alleged dispossession of the citizen, one feels the brutal force in the disjointed grammatical arrangement after 'settlements without disturbance'.

The same ambivalence of identification with a peaceful past and the shock of war were emphasized by the experiences of another narrator:

"Before the war, there was peace in Rwanda. I had a wife and children. I had friends and social networks. I hear that they are in DRC but I am not sure. I don't know whether they are still alive. But what people say is that those who had exiled in DRC were killed" (Narrator 2, Natukunda).

In contrast to the stability and certitude that prevailed before the conflict, there emerges incertitude and instability as the dark side of the post-war period is identified. The grammatical structure in this case surprises us with the non-completion of a contrast with "before the war".

In the narratives, we find interviewees whose picture of their country of origin is negative when juxtaposed with their present identity and social life in the camp. A 20 year-old who has lived mostly in the camp enumerates the services provided by agencies:

"I was a child, about 8 years old. I noticed that there we were attending school and church before the war — there was no problem. Here my family disappeared, my mother died and father died. Then there was an organization called GTZ which was catering for orphans and took me up" (Narrator 4, Natukunda).

This youthful narrator probably owes more to the camp than any other social institution. Note the way she prolongs the list of complaints and losses during the war... finishing with GTZ, who heroically come to her rescue. We see her building up to a peak and then, unexpectedly, inserting a shift in the message. This coincides with a shift in the identity of the narrator, a turning point in the narration and in the life of the narrator.

The vintage viewpoint from the camp was also turned into a severe political criticism:

"Life here is better than in Rwanda. There is no segregation in race, colour, religion, etc. Rwanda is not like this. In Uganda, I can grow crops and have full harvest. I do not have to give anything to the government. There is free medical treatment. In Rwanda, the (Rwandese) government did not protect its people. The Hutus killed the Tutsis. When in Uganda, the Ugandan government welcomed and protected us. We were safe and not killed. But those in Rwanda were killed" (Narrator 6, Amaguru).

Here the subject completely subverts the normal emotional link to the nation of origin. He makes parallels between the treatment of the Tutsis in Rwanda and that of refugees in Uganda. This narrative puts emphasis on the assistance accorded by the host government of Uganda. Slowly, the narrator constructs a case for the government of Rwanda to answer. Note the ethnic undertones, allegations of segregation, violation of the right to property, and the killings, all pinned to the Rwandan socio-cultural set up. The 'case to answer' spirals into the most serious accusation: the killings. This creates a sense of a counsel gradually compiling evidence and proof in a court case scenario.

Some female narrators recognized the fact that there have been major cultural changes between their time in their country of origin to where they are settled in a refugee camp:

"Being a refugee, culture has changed, e.g. food. In Rwanda, some food was only eaten by men but that had to change when we became refugees. Everyone eats the same food... In Rwanda, we lived as extended families but now we are scattered with some in Nakivale and Kyaka" (Narrator 2, Amaguru).

For the Rwandese women who can now eat chicken, pork and grasshoppers like the men, coming out of their country seems to take on an emancipating dimension. While on one side, the narrative points to positive cultural transformation, it also notes the cultural losses: the family lineages which are severed by the pragmatism of camp arrangements.

Another cultural change that was stressed repeatedly is the language shift. At first it was perceived as a barrier: "There was a language barrier when I arrived here. I did not speak Runyankole at first, only Kinyarwanda" (Narrator 3, Amaguru). This narrator appreciates the difficulty of linguistic changes. He then points to the benefits of accepting assimilation, but ends up judging his performance rather harshly. It is interesting to note that although many of the refugees could speak some Kiswahili in their projection of identification, they express the need to connect with the host community, not in the regional lingua-franca, but rather in the local and official languages. The wish to be assimilated, to mix completely and 'merge', is further expressed by the following narrative:

"Culture here is not really very different from the one in Rwanda because we have almost similar foodstuffs and as for me, I don't really care about the difference in language since I now understand Runyankole. I find it better living here than going back to Rwanda" (Narrator 4, Galimaka).

The interviewee was striving to bring together the two cultures by reducing the differences and emphasizing the similarities. Midway between her efforts of closing the cultural gap, she 'jumps' the divide and identifies herself completely with the host culture. The evolution of this narrative projects the typical 'turn around' attitude of some refugees who have 'put on' the new culture like a new garment and are now shunning the past identity, like some old unfashionable outfit.

The cultural shift and identity "jumps' take on several profiles, with some hovering in between the two identities and cultures:

"I came here with my mother in 1995. I sometimes go back to Rwanda and leave my mother here. It is a nice country though security is poorer compared to here... The thing I hate most in Rwanda is the system of cultivating a certain type of crop depending in which region you are, but here it is different. You see, I am from the garden right now to dig what I want" (Narrator 3, Galimaka).

This youth of 19 years presents what looks like split identities. She is still attached to the identity of her country of origin but keeps hinting at a preference for identification with her host country. She keeps on comparing the two identities but finally places the host identity above her past one. Her narrative comes through like an amorous declaration of a village belle who is playing tricks on several suitors in a speculative stance on identity.

This narrative shows that apart from permitting 'putting on' or 'off'' the host culture's identity, living in contact has facilitated the integration of host community members into the refugee culture. The cultural similarities between the two Bantu cultures can generate partial confluence in some contexts. The church community in this case, with its sharing of spiritual values and practice of the same religious rituals, sets the stage for cultural permutation.

In conclusion, we observe that there are a few people (20%) who share a completely positive emotional link with their past identity. These are perhaps the ones who paint a pre-conflict perspective of peace and prosperity. There is also some ambivalence of identification with a peaceful past and the shock of war — this was emphasized by a significant proportion of narrators in their primary experiences of war. For this group, the stability and certitude that prevailed before the conflict is contrasted with the incertitude and instability of the dark side of the war. Amongst these narratives, we find interviewees whose picture of the country of origin is negative when juxtaposed with the present identity and social life in the camp. At the extreme end of this negative picture we find narratives which completely subvert the normal emotional link to the place or nation of origin and build a 'case to answer' against their pre-conflict communities. Some narrators recognized the fact that moving from the historical context of the country of origin to the refugee camp facilitated major cultural shifts: eating food that was forbidden to women, learning a new language and other host community's cultural practices. Finally, we noted a group of narrators who oscillated between the identity of origin and the post-conflict one. Some members had split identities with a speculative stance that allowed them to practice a cultural permutation, mostly in times of conflict.

The project reported on here was undertaken with support from the Council for Social Science Research in Africa, CODESRIA (2009-2010), with the participation of Clara Amaguru, Alfred Karemera, Lucy Galimaka, Charlotte Karungi, Stella Laloyo, John-Bosco Ngoya, Grace Tukahirwa and Dr. Edith Natukunda-Togboa as the Principal Investigator.