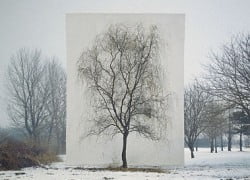 For those of us living in parts of the world such as the United Kingdom or United States, conflicts such as the ongoing civil war in Syria can seem far-off and abstract. They exist in terms like diplomatic solution, military assault or red line, which are used on cable TV and printed in newspapers to describe the latest events. These are words and phrases with social and political consequences, touching home in polls, ballot boxes, and opinion pages. For Syrian civilians, however, these words have very real, immediate meanings, and may seem more concrete than they do to those of us who are safely removed from the conflict.

Linguistics can deepen our understanding of the realities of conflict, and help us to gain a better appreciation of something as remote and removed from our lives as a conflict in a foreign land. One way in which it can do this is through the study of etymology, a branch of historical linguistics that studies the origins of and developments in the forms and meanings of words. Exploring where our words come from can provide edifying insights and tell interesting stories about what words mean, providing us with a different view of how we understand conflict. This article looks at the etymology of peace and conflict, exploring what their origins tell us about their meanings.

Peace entered into English in the middle of the 12th century, and originally meant 'freedom from civil disorder'. As with a great deal of English vocabulary, including many words relating to the military and government, the word comes via French (pais) from Latin. Here, it is the Latin pax, which could denote 'peace' as well as 'treaty' or 'agreement'. This Latin noun developed from a verb, pacisci, which meant 'to bargain for' or 'agree upon'. In pax, you might recognize the modern French paix, Spanish paz, or Italian pace. The English word peace and its Romance language cousins, it is worth noting, are known as cognates: forms of words that have descended from the same source.

Latin's pax, in turn, comes from the Proto-Indo-European root *pag-/*pak-, meaning 'fasten'. Proto-Indo-European is the ancestor of the Indo-European language family, and is based on historical linguists' knowledge of the vocabularies and structures of many subsequent languages. This family comprises several hundred languages, ranging from modern English all the way back to ancient Sanskrit, including everything from Celtic to Iranian in between. In the case of words such as *pag- and *pak-, asterisks are used to indicate that they have been hypothesised by linguists, based on their knowledge of Indo-European languages. The hyphen indicates that the root could take on inflections, elements of a language that change the grammatical function of a word.

Other forms of *pag-/*pak- developed in other Indo-European languages: Sanskrit has pasa-, meaning 'cord' or 'rope'; Avestan, pas, meaning 'a fetter'; Ancient Greek, pegnynai, 'to fix, make firm, fast, or solid', and — also in Latin - pangere, meaning 'fix' or 'fasten', from which pax eventually emerged. English words as varied as fang, impinge, propagate and page, among others, also derive from this root.

But what could possibly be 'fastening' about peace? Take the word pact, another term relating to conflict studies and a descendant of the same root. A pact is an agreement, a negotiation, which binds together two parties. In light of its etymology, we might think of peace not merely as a state, but as an action, that of binding ourselves together firmly and fixedly, through words. Peace, then, can be seen as a performance of language, and it takes work to fasten the agreement, and to keep it fastened.

Conflict is also filtered through French (conflit) from the original Latin, conflictus. In the early 1500s, when it came into English, conflict referred to an 'armed encounter', and subsequently broadened beyond militaristic contexts. Latin's conflictus joins the prefix com- ('together') and verb fligere ('to strike'), the latter emerging out of the Proto-Indo-European bhlig, also meaning 'to strike'. Flail, flagellate and flog also come from this root.

Many of the ways in which we use conflict now could be seen as metaphorical, considering its original meaning of, specifically, an armed encounter. For example, we talk about scheduling conflicts at work, study internal conflicts in literature and talk of the inevitability of conflict in relationships. None of these (usually!) involve any literal striking, per se. This may be one reason why we can sometimes struggle to deal with the idea of actual, far-from-figurative armed conflicts that take place overseas: the concept of conflict has become abstract to us.

It may seem unsurprising and less than profound that the root of conflict means 'to strike'. But the etymology may serve as a powerful reminder of what is at stake: real wounds, real lives and deaths, real families and real futures. And, so important in matters of peace and conflict, this reminder can help make the abstract a little more concrete.

If you are interested in discovering more words origins and learning more about etymology, visit Douglas Harper's Online Etymology Dictionary. Whether you are an amateur or scholar, the searchable database drawing from a range of sources is extensive, comprehensive, and user-friendly. Harper's dictionary was the source of the glosses used in the present article.

If you want to learn more about the Indo-European roots of many English words, consider Joseph Shipley's (1984) Origins of English Words: A Discursive Dictionary of Indo-European Roots. The text provides lucid and engaging coverage of an expansive array of roots and their development in Indo-European languages.